Children with NVLD have spatial deficits, or visual-perceptual deficits. For some this leads to difficulty in math, for others to social problems. The mechanisms underlying these social problems are not well understood. One hypothesis is that spatial and visual-perceptual deficits make it hard for children to interpret social cues. For example, they may misinterpret facial expressions and incorrectly determine that someone is frowning at them when instead the person is looking quizzically at them. 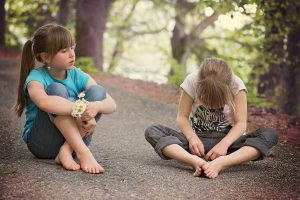 Alternatively, spatial and visual-perceptual deficits may interfere with children’s ability to interpret body language. They may see two children standing together and misinterpret the amount of space between them, and then misattribute the meaning of that space. They may think, “Those girls are huddling together and don’t want me to join in,” whereas another child might think, “There are two girls I know standing together; I will join them.” Additionally, spatial and visual-perceptual deficits may make it hard to integrate cues about the spatial environment with a current social scenario.

Take again the example of the two girls standing together. They may be standing closer together than usual, not to suggest a private conversation, but because they are in a walkway and are trying to make room for people who may need to pass. Children with NVLD may have trouble making this spatial inference and instead determine the girls don’t want them to approach, leading them to feel as if the girls are leaving them out or ganging up on them.

Difficulty understanding spatial relationships can affect social interactions in another way: children with NVLD seem to come too close or stand slightly too far away during social interactions. This can come across to peers as odd behavior or as signaling social disinterest. There are at least these four and possibly many more ways that spatial and visual-perceptual deficits can interfere with a person’s social functioning, and that is why we need more research. We need to understand the cognitive mechanisms that underlie the social problems that characterize NVLD in order to develop targeted, efficient treatments that improve the social experiences of children with NVLD. 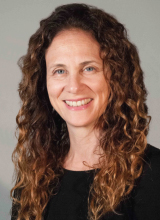