NVLD: What is it and Why is it Not in the DSM?, by Benjamin Meyer, LCSW

There exists some controversy regarding a diagnosis called NVLD (Nonverbal Learning Disorder). It is defined as a set of strengths in verbal memory and vocabulary, accompanied by visual-spatial, fine motor, and social difficulties that include decoding body language and understanding inference and humor. Many with NVLD also face challenges adapting to frequent changes and novel situations and struggle to see the big picture, focusing on the details of a story or essay instead of the main theme. Given that so many people have been classified as having NVLD, why it is not in the DSM. One possible answer was offered by the Colombia psychiatric social work professor, Dr. Prudence Fischer, who acknowledged that there is no agreed upon definition of NVLD, other than that it involves “visual spatial deficits” (Burkhardt, 2019). It is also the case that there is considerable variance within the NVLD population regarding how individual strengths and weaknesses manifest, with some individuals exhibiting strong social skills and others struggling with handwriting, for example. However, there is significant evidence that NVLD does exist as a neurological profile, which I will summarize below, as well as speak to the effort to have it included in the DSM.

NVLD was extensively studied by the neuropsychologist Byron P. Rourke, who compared groups of children with different neurological profiles, and stated that those with NVLD tended to present with “outstanding problems in visual-spatial-organizational, tactile-perceptual, psychomotor and nonverbal problem-solving skills within a context of clear strengths in psycholinguistic skills” (Rourke, Byron & Harnadek, Michael, 1994). Furthermore, in his 1982 model, he classified some children as exhibiting “…what may be referred to as quite deficient right hemisphere capacities within the context of well-developed, modality-specific, routinized, and stereotyped left-hemisphere skills” (Rourke, 1989). In other words, a dysfunction in the right hemisphere of the brain in what is known as “white matter,” which helps to transmit neurological messages, may cause some of the weaknesses in NVLD. However, while neurological deficits do explain some of the skills gap seen in children and adolescents with NVLD, these deficits have not been enough to have NVLD included in the DSM. Perhaps this is partly due to the fact that as a neurological condition, it cannot be easily classified under the usual rubric of a psychiatric, intellectual, developmental, or personality disorder.

In addition, NVLD is easily misrecognized as other disorders, such as Autism Spectrum Disorder, which also includes social difficulties. However, there are some core differences between NVLD and ASD, including the fact the former does not include deficits in verbal expression, and involves motor difficulties and challenges reading body language rather than stereotyped or repetitive movements (Linell-Olson, 2019). Some children and families with NVLD complain that the services they have received have been geared towards those on the spectrum and therefore did not effectively address their unique needs. Therefore, part of the effort to have NVLD included in the DSM-5 is to help individuals with it to access appropriate care, both in terms of providers’ awareness and insurance reimbursement.

Many children and adolescents with NVLD face a variety of comorbid mental health diagnoses, such as anxiety and ADHD, and receive psychotherapy and coaching for these conditions. However, while they may benefit from Cognitive Behavioral Therapy (CBT) and other forms of psychotherapy, interventions that focus on the mental health ramifications of their NVLD are also important. The NVLD Project, which is an advocacy and awareness organization, collaborated with the Mary McDowell Friends School to modify instruction and group work to meet the needs of students with NVLD (Chau, 2016). However, there also mental health interventions that can help children and adolescents with this condition, such as using mindfulness to cope with anxiety during transitions and building social skills for making friends and managing bullying. Including NVLD in the DSM may help more children and adolescents to receive therapy that is responsive to their needs.

To learn more about current research efforts funded by The NVLD Project, click here. The findings of these studies may help to further demonstrate what makes NVLD a distinct diagnosis, supporting the claim that it should be included in the DSM. While there is still much that is not fully known about this diagnosis, it is clear that is presents a distinct set of strengths and weaknesses which affect many children and adolescents. The more educational and mental health professionals are educated about it, the better served this population will be. 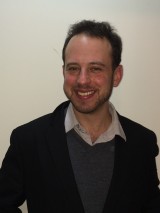 I am a bilingual psychotherapist and executive functioning coach who specializes in working with young adults with NVLD, and I was inspired by my personal experience to help those I work with to transition to the professional and social demands of adult life. I believe that each person is unique, and that we are more than just our labels and diagnosis. I am a Project Social Ambassador for The NVLD Project.