My Awakening, by Monie

My name is Monie, I’m a Radio and TV personality here in the U.S, originally from London, England UK. I’m mother to 4 children, 2 of which are now adults. Of my younger children, boy aged 15 and girl aged 10, I have been met with the challenge of accepting this round won’t be the same as my first round raising my older daughters.

Specifically, my newest challenge has been with my 10-year-old daughter, whom has displayed both above average and also awkward and age inappropriate qualities among her peer group since Pre K and kindergarten years. At first I thought kids will be kids, and try their parents and any other authoritative figures, also kids get into spats with each other, it happens, but after moving several times with my job, and getting the same reports for the same types of occurrences from different schools, I had to allow myself the possibility that somewhere there may be a disconnect. 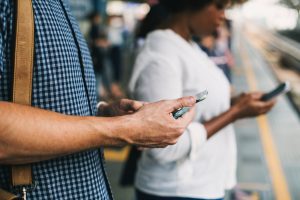 Image by rawpixel.com from Pexels

As the years passed and the school part of the day began to be almost predictable, along came the many suspensions, sometimes back to back, the consistent phone calls from school when my daughter would have to be removed from class. It got to a point where I would have anxiety every time my phone rang. Days I would have to take off work to stay home due to a suspension. I felt like I needed therapy. Finally a full evaluation and assessment was done while at the Carmel Clay Public School system while in Carmel, Indiana, and they found my daughter, though HIGHLY functional, eloquent and intelligent, to have NVLD.

We are now living in GA , my daughter is in a special program designed for her needs within the Elementary school. Some days are good, some a little more challenging, but as a mother raising a child with NVLD alone, it’s very lonely, and I don’t feel like I have any outlets to talk about how good or rough a day was, to seek advice from. I have shut myself off socially and I’m only among people to do with my professional life.  I’m always concerned about how my daughter will behave in public, what she’ll say, I’m constantly on edge , and have no one to talk to because just as I once had no idea of this condition, not many who aren’t experiencing  it do!  I was happy to fall upon this site, that I may now go to  for resources to help me help my child, who is ultimately my brightest star that I will not give up on. Thank you for reading and allowing me to vent.

My Name is Monie, I’m originally from London UK , I’m a classic hip hop artist that moved to NY in 1988 after signing a recording deal with Warner Bros at 17yrs old. I had 2 Albums and 2 Grammy Nominations in 91 and 92. I went onto to being a radio personality at Hot 97 FM in NY in ’93 and continued in radio to present day having worked for Emmis Broadcasting, Iheart Radio, Radio One, and SiriusXM. I’m currently a touring and performing Hip Hop artist , TV personality, and mother of four, and at this time finishing my first book , my memoirs for release early 2019.