NVLD and Trauma, by Myk

The difficulty about having NVLD is that it makes communication less than a commonplace activity. Add on top of that, the struggle of traversing the world after a traumatic event. During the worldwide crisis of the Covid pandemic, I found myself confined to my house and I felt incredibly alone and isolated. I wanted people to reach out to me but I was powerless to reach out to them. I can interact with others, however, the meat the meaning and context usually gets lost since those elements are typically within my mind.

It’s hard for me to fully express myself in a way that is not a long drawn out essay. So during Covid, I would post on my social media accounts and these words would get lost in the sea of everyone else’s concerns. My anchor during these difficult times was to call my dad. I know him and he knows me. We would talk but I felt like I did not have to fear that he was losing interest in my long-winded explanations and worries.

Usually when I talk to someone, I can sense when they are losing interest or sometimes I say things that are not socially acceptable and I don’t realize that until afterwards. The nice thing about talking to my dad is that he would not judge or even if he did I knew he had a bias toward me any way. Communication break down amidst the coronavirus was such a turbulent issue. I wanted to communicate with others, but I couldn’t properly. I wanted to be around people but I could not due to the social distancing.

Eventually I got the ability to converse with some friends and usually the conversations go much smoother than I envision or fear that they would and it takes me a while for me to get to the point where I reach out to someone. This hesitation comes from moments in my past when I would say things in a social situation and hours or days later realizing that something I said may have been taken out of context or stated incorrectly. And I would have to deal with the embarrassment or even worse the social fall out of angering peers, or losing friends.

Like I said previously, this pandemic caused me to revert back into my shell. In a way it was nice to be in my own little place, in another I felt like I had no mouth and needed to scream. I was so thankful for the anchor of my father who I always leaned on with out social fall out. Unfortunately, in September my father passed away. To say that this devastated me would be a severe understatement. I did the typical grieving and crying, but when it was all over I felt like I lost a piece of myself. I couldn’t relay these feelings to anyone the way I wanted to properly articulate. Fortunately, I had some friends who reached out to me after my father’s passing and they were amazingly supportive. My interactions with peers are still cautious and minimal and my father’s death and this pandemic have been very difficult, fortunately there are ways to express yourself amidst trauma and there are people who do care. 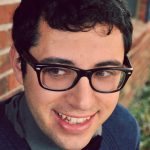 Myk is a Project Social Ambassador from Florida, where he promotes events and makes movies.