Still Here and At It, by Dan

Hello, My name is Dan and when I was a senior in High School, way back in 2004, I was tested and diagnosed with a Non Verbal Learning Disability and Central Auditory Processing Disorder. By that time I had developed a lot of coping mechanisms and strategies just on my own to manage. My mother was a speech pathologist and tried to guide me through the IEP process but by that time it was kind of a moot point. I didn’t really feel comfortable with accommodations and for a long time I would deal with feelings of denial and doubt about my diagnosis.

As a child I knew something was wrong with me but was never really sure. I got lost in class a lot and had a hard time following instructions and following along with the class. I would shut down a lot or have meltdowns. I was always in remediation for Math and Science because of standardized test scores. I struggled with making friends and keeping friends, I was pretty sensitive but also I was impulsive and somewhat inappropriate in my behavior. I played sports but was never a star athlete.

I graduated from high school but I was pretty much a boat at sea without a navigator on board or a plotted course. I thought I would pursue education and become a teacher because that’s what my parents wanted and recommended and it seemed like good advice, but ultimately that didn’t pan out.

I first attended WVU which was a very large school and I had accommodations from the office of disability but the professors would look at me and hear the sound of my voice and vocabulary and one even said that “learning disabilities weren’t real.” I really struggled with working with professors and felt a lot of guilt and anxiety over asking for accommodations and working through the process. I pretty much slipped through the cracks at WVU and was placed on Academic Probation. Apparently I got confused one year and scheduled a class that I had already taken and passed but somehow I failed it the second time so I had a really bad grade on my record. 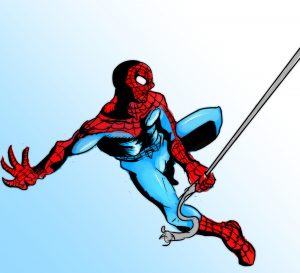 After having difficulty at WVU I decided to transfer to Fairmont State University, a much smaller school and as it turned out the professors there were much easier to work with, a lot of the accommodations were things that professors were willing to do with all their students.

I started out as a Social Studies major, but I struggled with Political Science and Economics and Geography and Geology. History was really the only thing where I excelled. While at Fairmont State University I finally got to take a literature class and I really enjoyed it. I got to read really incredible books and the classes were all discussion based which worked well to my strengths. So I decided to switch my focus from Social Studies to English Language Arts.

I was in college for a very long time as I could only handle the bare minimum amount of hours per semester and I was starting from the beginning in my focus. From 2004 to 2013 was how long I was in college trying to get my BA and Teaching certificate. I went through my whole time at Fairmont State without telling anyone about my NVLD or CAPD because I just didn’t want to deal with all the weird feelings. I just determined to work really really hard. I had few friends and very little social interaction and while my grades were good as a person I was kinda falling apart.

When I was 24 and right when I was accepted into the education program I had a manic episode and was diagnosed with Type 1 Bipolar Disorder. In a one year span I would be hospitalized twice, once for the Manic Episode and once for a severe depressive episode. Despite this new obstacle I decided to stay in school because I was so close to finishing and getting my degree and teaching certificate. However I had some difficulty in student teaching and I also divulged my diagnosis to people in the education program. I was removed from my student teaching position and was terminated from the program. They wanted me to sign a letter basically promising not to reapply to their program. I refused to sign the letter because I felt the decision was not completely fair but none-the less I abandoned the notion of being a teacher. To this day I don’t agree with their decision but its hard for me to know for sure if they were right and I was wrong or they were wrong and I was right. This is my black and white thinking which I still struggle with to this day. Maybe I’ll post more on my experiences in Education at a later date. Now I just want to give a general overview of my story.

I finished college by getting my BA in English Language Arts by taking a foreign language back to back and squeaking by with grades high enough to pass. I remember on graduation, being in my robe feeling very much like a failure and worried someone was going to come and take my robe away and say I wasn’t allowed to graduate. Since graduation I’ve worked a number of different jobs trying to stay afloat and I’ve lived with my parents. 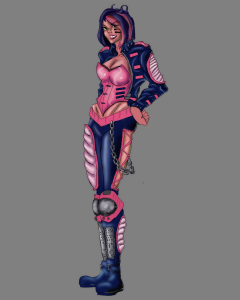 After graduation my Mom told me that now is the time for me to do what I want to do. Without hesitating I said I want to do art. I always liked to draw and make up stories and read comics. I spent my spare time in college keeping sketch books and drawing  comics and learning how to draw and write stories. So after college and the disaster at the education department I decided to commit myself to learning how to draw and paint I’ve gotten pretty good and am now pursuing Grad School at the Savannah College of Art and Design.

I take medication for my bipolar and see a psychiatrist and therapist. I’ve made  some progress but am still learning how to navigate through life. I still struggle with socialization and making friends and establishing relationships but I’m getting better.

I’m still here and I’m still at it and I’m still trying to make my way through the world. With each adventure I get a little stronger.  I guess my story is a mixture of successes, failures, setbacks and lots of things in between.

I have a BA in English Language Arts. I like to draw and write comics and illustrated stories. I’m currently between jobs at the moment as I’m taking time to apply to Grad School to pursuit my passion of drawing and storytelling.