I am a parent of a 22 year old who was diagnosed with NVLD when she was in elementary school. My daughter had absolutely no sense of direction which made the prospect of her going out in the world and navigating the streets of New York City (where we live) very scary. What do I do, I thought. I can’t keep her tethered to me or someone else the rest of her life. Eventually, I said to myself, it is time to take the plunge. She was 12 at the time when her dad and I made the decision to put our fears aside. Thank goodness for cell phones. I knew it would be stressful to let my daughter out into the world but I knew it had to be done. 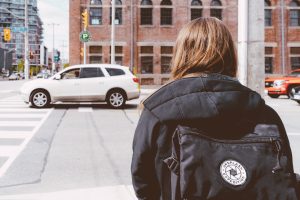 Image by Scott Webb from stocksnap.io

I would tell her where to go, helping her with navigation strategies but she got lost all the time. Go one way, she went the other. Look how the numbers on the building are going up or down, it often did not work. I had to deal constantly with my own anxiety. Will she remember to charge her phone and make sure she did not run out of batteries, will she have good judgment, will she discern who to talk to if she got lost and could not reach someone? These were some of my concerns. However, there were other issues. My daughter had absolutely no ability to figure out which way the traffic was going when she crossed the street. We spent much time telling her to look both ways to ensure her safety. I only hoped she used this strategy, the alternative was so frightening.

Eventually, her fears and mine subsided and became manageable. Time and problem solving her many mistakes made things better. She often got lost but through practice, learned to navigate the neighborhood and internalize the spatial map in her own unique way. To this day, she still gets lost in new environments but with technology like navigation on the phone, she manages to deal with this issue independently.