As discussed in the previous piece, during high school I tended to be too rude and stubborn toward others which made me a difficult person to be around at times. Eventually, it changed to being too sweet and kind which in itself brought the same amount of challenges as being too rude, and at times it was worse.

When you act rude you often are upset with others, while when you are too sweet you actually become upset with yourself. What I mean by this is the sweet comments and gestures eventually become too much for those involved so they become frustrated and tell you to stop acting that way. As a result you can become confused as those around you are getting upset at yourself, for both your anger and kindness. All of this makes creating and maintaining relationships so hard for many NVLD students.

One of the first ways this became a challenge was when the upperclassmen first started to include me in things which made me feel very good and accepted. However, as a result I became way too complimentary to them, mostly on social media, which at the time was personal web pages with scanned pictures and instant messenger. While all the postings and conversations I posted were incredibly sweet it eventually became overwhelming for them. This brought so much confusion and I felt I was never going to have long term relationships as people got frustrated with me even when I was kind to them. Fortunately, while it was tough, it ended when I listened to their frustrations. 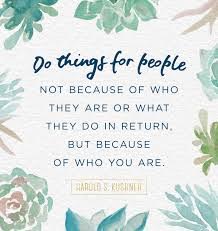 My overabundant ‘sweetness’ wasn’t just with students. Later in high school, I began being too complimentary to my teachers and coaches, especially with those who understood me the best. Every single time my resource room teacher did something for me, I was too thankful for the given situation. This made her frustrated and triggered so much confusion for me. Previously I was too rude with her and I thought the change of emotions would make things easier for everyone. Another example of this was when I wrote thank you notes that were too long to my cross-country coach thanking him excessively for all he does for me. He believed this wasn’t necessary as I was an incredibly hard worker and I was making too big of a deal about my disability. Honestly, I started to believe everyone thought I was an annoying person, but the truth was I was just trying to learn the appropriate emotion and social gesture for each situation.

Thankfully in college this wasn’t an issue. However, in adulthood, especially during rocky periods, I have struggled with this. This has occurred the most with my former speech therapist and cross-country coach. My cross-country coach and my speech therapist both faced difficult deaths in their family and I went over the top with how many gifts and cards I sent to them. While it is typical to send a card and care package in this situation, I kept sending them for all special occasions. My emails to them were also too long about how amazing they were to me and how grateful I was. As I remembered my own hard moments, I thought of them often which would result in me doing too much. Understandingly, they let me know I had done enough and I became confused on my end when they asked me to stop as I began to think they didn’t like me anymore. The truth is they were just teaching me how to use the proper emotions and gestures.

Like being too rude, the treatment to overcome this is by working with your speech therapist and counselor. Since being too sweet typically starts later on, it can be harder to overcome. The best thing you can do to help is to ask a family member or personal friend who you trust a lot to give you feedback or guidance so you can make the proper decision. If someone tells you that you have done enough then take their word. Their honest expression of their feelings shows how much they care about you.

Being too sweet to those around you can often come for those with NVLD and with it can bring some challenges when trying to manage relationships in and out of school. This certainly may not be easy but with open communication finding the appropriate emotion does become easier. The first step is to admit you need help and to listen to the concerns of others about your behavior. It made things easier for me and I believe it can happen for you too.

I am forever grateful for people like Patty Bell and Jim Adams for always understanding me and for being such an incredible support to me!