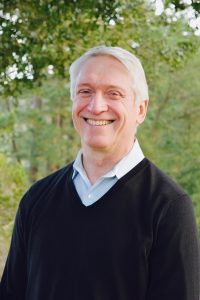 His work focuses on developmental psychopathology, clinical interventions with children and adolescents (particularly mechanisms underlying therapeutic change), and mental illness stigma.  He has directed research programs and conducted clinical trials and longitudinal studies for boys and—more recently—for girls with inattention and impulse-control problems (who often express many comorbid disorders), having received over $20 million in NIH funding.  He has been Principal Investigator of the Berkeley site for the Multimodal Treatment Study of Children with ADHD (MTA) since 1992.

Hinshaw has authored over 360 articles and chapters (h-index, Google Scholar = 117), plus 12 books, including The Mark of Shame: Stigma of Mental Illness and an Agenda for Change (Oxford, 2007), The Triple Bind: Saving our Teenage Girls from Today’s Pressures (Random House, 2009), and (with R. Scheffler) The ADHD Explosion: Myths, Medications, Money, and Today’s Push for Performance (Oxford, 2014).  His newest book, with St. Martin’s Press—Another Kind of Madness: A Journey through the Stigma and Hope of Mental Illness— was released in 2017.  Overall, he was one of the 10 most productive scholars in the field of clinical psychology across the past decade.