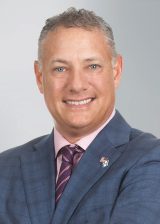 David Pratt is Chair of the Private Client Services Department and head of the Boca Raton office. His practice is dedicated exclusively to the areas of trusts and estates, estate, gift and generation-skipping transfer, fiduciary and individual income taxation and fiduciary litigation. He has extensive experience in estate planning and post-mortem tax planning. He has been routinely “Chambers” ranked.

David’s clients consist predominantly of high net worth individuals and families. He regularly counsels his clients regarding how to transfer wealth from generation to generation with the least amount of tax and the maximum amount of asset preservation at each generation, including protection for a divorcing child or grandchild and from potential creditors. While many of David’s clients are retired, he also represents a significant amount of business owners. He has recommended and implemented many plans which have transferred ownership of business interests to the next generation with minimal transfer tax cost and without disruption of the family business. Such plans very often include recommendations resulting from the family dynamics involved with a family business.

Clients often consult with David with respect to charitable giving. He has been involved with establishing many charitable remainder and lead trusts, and has also established many private foundations. David prepares many nuptial agreements, both prior to and during a marriage. He also is very often engaged by an individual who is in the process of obtaining a divorce in order to do “pre-divorce” planning. In addition, David represents many doctors and other professionals. Specifically, he has recommended many estate plans involving entities such as family limited partnerships, limited liability companies, irrevocable trusts, and a combination of these techniques. Many of David’s clients have significant retirement plans and he regularly advises clients on how to maximize the income tax deferral with respect to such plans.

David is Florida Board-Certified in both Taxation and Wills, Trusts and Estates. There are very few attorneys in the State of Florida who hold a dual certification. He was a certified public accountant with Arthur Andersen & Co. in New York City prior to attending law school. David had the privilege of serving as Chair of the Florida Bar’s Tax Section and in delivering testimony at the IRS hearings in Washington, D.C. regarding the Tax Section’s comments on the Proposed Regulations on Required Minimum Distributions from Retirement Plans. He also was one of the authors of comments submitted to the IRS by the Section in response to a controversial Revenue Procedure concerning charitable remainder trusts.

David is a Fellow in the American College of Trust & Estate Counsel, has served on its Board of Regents and was the first Chair of the New Fellows Steering Committee. He is an adjunct professor at both the University of Miami Law School and the University of Florida’s Levin College of Law, in their LL.M. programs. David also is a faculty member of the American Law Institute-American Bar Association. He is a commentator on Leimberg Information Services Inc., a well-known estate planning newsletter, circulated to many estate planning professionals across the country. He has published various articles in legal journals, and lectures extensively to other lawyers, professionals, and laypersons.